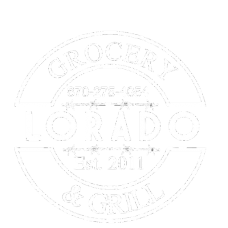 Our Story
Why We Do What We Do

Lorado Grocery began as a "Mom & Pop" grocery stored called A&D. It was built in 2005 by Dale Pugsley. A&D provided the community with grocery and convenience items as well as a small selection of hot menu items, but the little store struggled to stay afloat in the changing economy.

In 2011, the store was turned over to Dale's son, Randy, and daughter-in-law, Angela. The name was changed to Lorado Grocery, and they expanded the space with a vision of the future. Dale was still a constant presence at the store. Angela's sister, Stacy, came on board as well. Other members of the family also extended a helping hand and enjoyed working at the store. Over time, Stacy would become the cornerstone and driving force behind its daily operation.

The family continued to push for growth every day. They wanted to create a truly exceptional burger. The process began with making half-pound patties by hand, using only fresh Certified Angus Beef. The burgers were cooked to order, and a variety of toppings made choices seemingly endless. Lorado's 1/2 Pound Burger was born, and the family found an opportunity for growth in providing great food. The focus slowly began shifting from a grocery store to a restaurant. They began to add new menu items, sticking closely to the idea that cooked-to-order food was the freshest, most delicious experience.

In 2015, the family was saddened by the loss of two people who played a vital role in making Lorado Grocery what it is today. Dale Pugsley and Stacy Mullins will forever be in our hearts, and their memories will never be forgotten.

Holding to the belief that if you aren't moving forward, you’re moving backward, we have continued to keep our focus on finding ways to improve and add more flavorful options to our menu. The past two years have been an especially busy time for us. We began the process of expanding, remodeling, and re-purposing our space. We wanted to be able to better serve the growing number of guests who come to experience our quality food. We now have a bigger, more functional kitchen, newly remodeled restrooms, and a much larger dining area, as well as a private space available for larger group settings.

In 2019, we built a smokehouse so that we could offer ribs and BBQ smoked meats on-site. Our menu expanded to include U.S. farm-raised catfish and a variety of sandwiches, specialty burgers, sides, and appetizers. We've added some healthier grilled options and premium salads made with crisp, tasty veggies. We have homemade plate lunches, sauces, and sides made from scratch. Most items on our menu are cooked fresh to order, and all of our buns are lightly buttered and grilled to a golden brown. Sure, it takes longer to do it all that way, but it's worth the wait!

We continue to grow and are no longer only operated by a family. However, we still strive to maintain the family atmosphere that has existed from the beginning and take pride in knowing many of our local customers by name.

Going forward, our commitment to making the best food possible, and providing excellent customer service will always remain strong. Because we know that people won't make the drive if our food is only average.